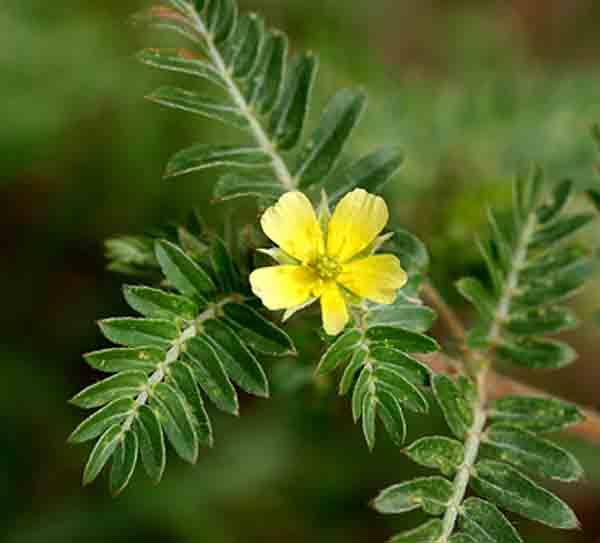 In my articles, I have paid attention not once but now I will shortly review the benefits of tribulus. Men use it to increase their libido and gain muscles. On the market worldwide, you can find various variants of the herb with different concentration and content of saponins. It is proven that most efficient is the extract from Bulgarian tribulus terrestris and all world tests have been done with it. The cheap Chinese, Indian and Russian analogues only quote the tests done with our herb. That is why I always advise the use of the Bulgarian herb.

A lot of attention has centered around the benefits of tribulus terrestris for male sexual health; but not many know that Tribulus terrestris offers a lot to women as well. Studies show that Tribulus may positively influence mood, sexual health, and the urinary tract. For quite a long time I have hoped that some production company would pay attention, develop, and release a formula for women. And now this formula is a fact – Women Tribulus Terrestris by Cvetita Herbal. I will shortly summarize some of the benefits of tribulus terrestris for women.

Tribulus has a long history of supporting sexual function in both men and women. One study found that Tribulus improved sexual desire in 49 out of 50 female participants. Another recent study found that women who took Tribulus experienced greater sexual desire, arousal, and satisfaction compared to those who took placebo. Increased testosterone levels have also been observed when taking tribulus. These increased levels can increase sexual drive in women. Traditional Chinese medicine (TCM) has historically used tribulus in the form of a tonic as an aphrodisiac for both men and women. Tribulus may also stimulate androgen receptors in the brain, an action that can help the body respond positively to circulating hormones.

Women are instrumental in society. The weaker sex? No way. Not only are some women mothers, wives, full-time workers, and homemakers, they are also humans. Every human is bound to experience fatigue at some point or another, both mentally and physically. Some research suggests that Tribulus may provide a greater sense of energy by increasing the amount of oxygen available to cells. While this won’t replace a good night’s rest, it may provide an endurance boost when women need it the most.

Mood swings and other mood disorders can be a real bummer and many people have a resistance, rightfully, to prescription drugs. Tribulus is a herb that may positively affect mood, stress, and anxiety. This can be helpful for women who juggle multiple responsibilities or combat issues associated with PMS.

As a diuretic, Tribulus may encourage urine flow, which helps with cleansing the kidneys, bladder, liver, and urethra. Additionally, the release of fluid may encourage the elimination of toxins, something that can have a dramatic impact on mood and energy. It is very interesting that most of my female clients who used this product first noticed the diuretic effect and the achievement of firmer and flex muscles, with better tonus.

5. Increases the levels of productive hormones

Tribulus for women has been shown to increase the level of certain reproductive hormones in the body. When given on certain days of their menstrual cycle to women with irregular ovulation, it may be effective in establishing normal ovulation due to the increase of the natural stimulation of LH.

The increased hormone levels may also bring relief from the common complaints of menopause. Evidence suggests that menopausal women suffer from fewer hot flashes when taking tribulus. Feelings of depression, anxiety and insomnia may also be lessened. There is also some anecdotal evidence that tribulus for women can reduce symptoms of pre-menstrual syndrome in pre-menopausal women.
No significant tribulus side effects have been reported but there are several side effects reported by patients.

There is anecdotal feedback from patients about Tribulus terrestris side effects. Reported effects include feelings of warmth, slightly faster heart rate, increased energy and restlessness. The side effects are more common and pronounced with doses above 500 mg. Low blood pressure is a possible side effect of tribulus. Low blood pressure can cause lightheadedness, particularly when getting up from sitting or lying down.

Bulgarian Tribulus terrestris can cause skin to become more sensitive to the sun, a condition known as photosensitivity. This increases the risk of severe sunburn. The Doctors caution people using this herbal supplement to apply sunscreen before exposing skin to sunlight.

Bulgarian Tribulus terrestris may raise levels of testosterone and other male hormones, so men with prostate issues may not be able to safely use this supplement. EMedTV notes that Tribulus terrestris could theoretically worsen an enlarge prostate, elevate the risk of prostate cancer or worsen prostate cancer. Additionally, the possible hormonal effects of tribulus are of concern for women who are pregnant or may become pregnant. If tribulus increases levels of male hormones, the supplement could cause masculinization of genitals in a female fetus. Research with animals also indicates that tribulus might have negative effects on fetal brain development.

As with any herbal supplement, some people may experience an allergic reaction to Bulgarian Tribulus terrestris. Signs may include trouble breathing, tightness in the chest or throat, chest pain, itchy skin, unexplained swelling, hives or a rash. An allergic reaction to tribulus should be considered a medical emergency because it could lead to life-threatening anaphylaxis, a shock reaction that causes a sudden drop in blood pressure and severe difficulty breathing.

In my long-term experience, I have not registered a client with any of these side effects but I am obliged to be fully objective and to show that the medal has two sides. I use this product twice per year for about 40-60 days. Lately, I started to include it in the nutrition plan of the ladies I work with and the effect is even better than expected. Cvetita Herbal prepared a successful product especially for the ladies and I recommend it in training preparation and when necessary to stimulate sex hormones and libido.